Tips from an intermediate homesteader on raising chicks for beginners.

Where do I buy my chicks?

You might not believe it, but you can start raising chicks by ordering them in the mail! In my area, Rural King has chicks year-round and Tractor Supply seems to get chicks starting in late spring/early summer. We also have a local farm store that I’ve bought chicks from. I’ve never bought chicks from Tractor Supply but I’ll admit they seem to take better care of their chicks.

I don’t mean to put Rural King on blast, and I do shop there, but I’ve seen bloody feces and dead chicks in their brooders early in the morning so I just hesitate to buy chicks from my local Rural King.

I feel that some of the employees do not treat the little chick-a-dees well. What I suggest is going to your farm stores early in the morning while they’re opening to see how dedicated they are to cleaning the brooders and keeping the maintenance up for healthy animals.

My local farm store had great chicks and they’re very dedicated to the quality of life and products at their little store. They even have a rabbitry in the back, which is awesome!

I have to go ahead and tell you that the last two times I bought chicks, I ordered them online. We’ve also bought ducklings online. These are the two stores we’ve purchased baby animals from:

Metzer Farms  and The Chick Hatchery

Update: I have stopped shopping at our local Rural King because of the condition I’ve witnessed their chicks living in and the overall lack of caring from the employees responsible for the animals. I support our local Tractor Supply and mom and pop stores, solely. Please check into your local farm stores to make sure they’re treating their animals humanely.

I’ve received healthy animals from both of the above businesses. The fact of the matter when shipping chicks are sometimes you lose one. Most companies will replace dead chicks, but be sure to check the policies before choosing who to use.

Also, remember, if you have fertilized eggs you can just hatch your own, which makes raising chicks every more fun!

What do I need in order to start raising chicks?

How do I keep my chicks alive?

First, know that chicks are tougher than you may think. Unfortunately, I learned this the hard way. There’ve been a few times in the winter that I turned the heat lamp off outside when it definitely should’ve been on.

The chicks survived when I expected them not to, but I definitely do not advise you to do what I’ve done. Raising chicks is fun, but mistakes are possible.

Your day old chicks need to have a spot in their brooder to go to if they’re cold. This spot will, of course, be underneath the heat lamp. For the first week, that spot should be 95º and I suggest you buy a simple thermometer for your first rodeo.

Every week, decrease the temperature by 5º. Around 6 weeks the chicks should have all their feathers and should be able to withstand temperatures of 70º. If you’re raising chicks in the deep of winter, I suggest keeping the heat lamp around if your brooder is big enough just in case. Your chicks can freeze to death but can also die of heatstroke.

Is all this stuff about raising chicks seeming stressful?

You want your chicks evenly scattered throughout your brooder at night. In the daytime, they’ll rest a bit but should mostly be up and peeping and poking around the brooder checking it out. I don’t use a thermometer anymore and you won’t always have to, either!

Since I’m located in Central Florida, (it’s August) I turn the heat lamp off during the day and on at night, so they have the option to get under it.

Bonus Tip: When your chicks are resting, they’ll look almost dead. They’ll be laying on their side and all sprawled out. When beginning, I’d say definitely check them and make sure they’re not actually dead but also checking them will familiarize you with the actions of your new baby friends.

Will my chicks get sick?

I’ve only had one sick chick while raising chicks. The chick had bumblefoot and he got over it. I separated him, which you should always immediately do if you believe you have a sick animal. I mixed coconut oil in his food, fed him kale and carrot bits, and put apple cider vinegar (ACV) in his water and after 2-3 weeks he was back to normal.

As a preventative, you can add a little ACV to your chicks waterer every time you fill it up, just be sure to not add too much! One thing I have had to deal with a few times is what we call “Pasty Butt” and it can be deadly.

This is when your chicks vent (where the stools, and eventually eggs, come out) becomes clogged with hard poo. The poo sticks to the chicks ‘downy’ feathers and they have no way of getting the hard poop off. As you might have already realized but this prevents the chick from pooping.

Pasty butt is common while raising chicks that have been sent in the mail because they’re going through the stress of being shipped, getting a little hotter than they should, not having access to water, etc.

If you see that your chick has pasty butt, you need to act immediately. If you’ve ever been constipated you’ll know that it’s nothing to wish upon another being. Sorry for “TMI”!

How should I deal with pasty butt when raising chicks?

Pick up the chicks with your hand over its wings so it can’t flap around and hurt itself. Gently turn the chick over and wet its pasty butt. Dip your Q-Tip in the coconut oil and dab it on the dried feces.

NOTE: Be extremely careful while doing this. You don’t want to rip the dried poop from the little chicks booty because you can open a wound and hurt it.

Slowly alternate from dipping the Q-Tip in water and oil of choice until the poop starts to soften. You can then start to slowly peel the poop off with the Q-Tip. Change the Q-Tip as often as possible and never, ever, ever penetrate the vent hole with your Q-Tip.

This can severely harm the chick. Just a heads up, your chick is going to be really pissed off. The first time you do this won’t be pleasant for either party, but it must be done.

Once you’ve successfully removed all the poop from the rear, smear some clean coconut oil on and around the vent (NOT IN!) and put the chick back in the brooder.

This seems hard. Should I even start raising chicks?

It’s not as hard as it seems when you read about it! It’s a little stressful at first because you have these cute little peeping pets that are now your responsibility but, if you pay attention, they’ll tell you what they need. Make sure you have all the materials BEFORE getting home.

Have the food, water, and bedding in the brooder and have the light setup to where it needs to be. Check on them as often as you can and want when you first start. This is how you learn, folks. I still check on my little ones 3-4 times a day!

And remember, the internet is a wonderful resource. If you ever have questions, ask the internet. I welcome you to ask me, also, and I’ll give you my best answer!

Now, go out and start raising chicks and have fun! It’s a wonderful experience and an amazing process to see these bitty animals morph into adult hens and roos.

Previous Post: « How to say no to plastic and minimize waste
Next Post: Keto Grilled Cheese – The Ultimate Recipe » 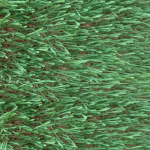 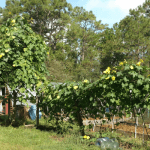 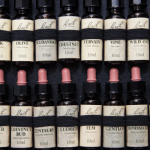 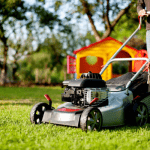