Raising meat rabbits is such a fun endeavor, although it was one I had no interest in in the beginning. The most important part of raising rabbits is providing them with the proper housing.

Raising meat rabbits in colonies vs. raising rabbits in a hutch or cage setting.

Raising meat rabbits was something I wanted nothing to do with it because I grew up with rabbits as pets. My husband originally wanted our meat rabbits, so I set out to do my research.

How much room do you have? What is their turn-around rate and how susceptible are they to illness? What breed is best for you? What housing method should I use?

I suggest buying the book “The Rabbit-Raising Problem Solver it has been my go-to for answers.

We chose New Zealand Whites because they were the most widely used for raising meat rabbits. Since we were wildly uneducated in the field, this seemed like the safest route. They are one of the larger breeds of rabbit and one Crock-Pot Rabbit Stew fed my husband and me for almost two weeks!

We went to our local Rural King to buy our rabbits. In hind-site, the number one thing we should have really brushed up on was how to sex a rabbit. When it comes to raising meat rabbits, sexing a rabbit is probably close to the hardest thing to do for a beginner.

The beginning of our horror story is that the employee at Rural King sold us 5 rabbits – we were looking for 4 females and 1 male. M and months passed and we found out the hard way that the fella had sold us 4 MALES and 1 FEMALE.

There are three options when raising meat rabbits. You can colony raise, cage raise, or hutch raise. I want to go over the two methods, mainly, that we used. These two methods are colony and, what I call, hutch and run.

Colony raising is when your rabbits are in the same lot and they mix and mingle whenever they want to and I mean WHENEVER they want to. We thought this was the most humane way of raising rabbits because it’s the closest way to how a wild rabbit would live.

WRONG on so many levels, folks. Let’s go over some important points:

That Rural King employee set that poor, unfortunate doe up for failure. She was constantly pregnant, tired, and running away from the other bunnies and only I realized why when I noticed testicles. Knowing what I know now about raising meat rabbits, even if colony raising had worked, I still wouldn’t do it because:

1. Even if you separate the males and females while colony raising, they will still fight (especially the males)
2. Even if you had the correct 4:1 F: M ratio…think of all the baby rabbits you would end up with! ONE mother rabbit can birth anywhere from 1-12 kits. Think of having 4 mother rabbits birthing 12 kits every month! You would be rabbit rich and out of space quick.

DISCLAIMER: I am not saying that colony raising does not and can not work. Some people colony raise their rabbits with great success. It was just not the best option for us and that’s okay.

The standard way for a rabbitry to be set up is to have row after row of 36″ x 30″ x 18″ cages. The rabbits usually don’t have any room to hop and they never touch the Earth. We hated this idea.

Some mini-farmers and homesteaders I’ve found also choose to raise meat rabbits using this method. It’s not that your rabbits will be unhealthy or particularly unhappy but it was just a matter of personal preference and our moral compass disagreed with the method.

There are also homesteaders who give their rabbits hutches – nice sized structures that have a little bit of room to hop and stretch out while still being contained. My first ever hutch was inspired by this “How to Build a Rabbit Hutch update” on Youtube and I definitely was not able to replicate it perfectly because it was the first thing I had ever built in my life but it had a roof and doors so that is what matters.

We liked this method more than the colony raising method because we had more control over the rabbits, they still had room to hop, and had a dark area to act as a burrow type feature for the mothering rabbits. But, as I stated before, seasons change and as our moral compass started to spin again we felt the urge to improve our rabbits’ way of living.

This is a great option for individuals who have more space than usual and are interested in raising meat rabbits. The rabbits can still hop a little and the mothers will love their burrow feature.

What you see above is our current set-up for our four rabbits and one baby. They each have a 6-foot run where they can hop back and forth, lounge, and spend some time in the sun. They have their “burrow” area where it is a bit darker and they can escape from any inclement weather and mothering rabbits can raise kits.

The elevated area is constructed with ½” x 1” Mesh 16-Gauge Galvanized Wire Fence. Our rabbits were ecstatic when we put them in this hutch for the first time. Our rabbits’ whole disposition changed. This helpful because they wanted practically nothing to do with me before which made inspecting them impossible.

UPDATE: Rabbits will dig and chew right through chicken wire. To assure that your rabbits don’t become escape artists, be sure to use a heavier gauge material.

Rabbits should have alfalfa or timothy hay every day and fresh greens if you have them. Our rabbits’ favorite is arugula! While raising meat rabbits, they should have fresh water ALWAYS. All of our rabbits have two water bottles with fresh water.

We live in Central Florida so this assures that the rabbit will always have water in the heat of the summer. Your rabbits should have some form of chewing option to file their teeth down. They WILL chew on the hutch if made out of wood so be sure to by non-treated wood when building.

They need to have a way to escape any inclement weather. When rabbits get wet they lose the ability to control their body heat and can get hypothermia. I added a tarp to the front of my hutch so that when it torrential downpours I can cover their doors, protecting against any windy rain sessions.

Have fun with your rabbits and make sure they are happy, safe, and comfortable. If you’re thinking about adding rabbits to your homestead but know if you’re ready, you can find some pointers by reading “Livestock Animals: When’s the right time for a new addition?“.

UPDATE 1/22/2019: I’m a big fat liar because I’m thinking about trying colony raising again! This time, I would keep my males in a large hutch + run setup and my females would be a colony together. Over the years, I’ve noticed that my female rabbits get along very well together. I’ll post an update if I actually try this out!

If you’ve already started, learn today how to make your rabbitry profitable with “the Profitable Rabbitry Playbook” by Leah Lynch! 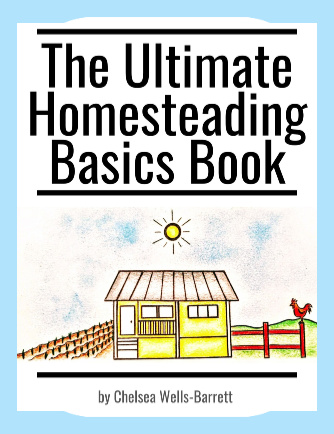 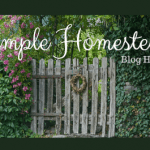 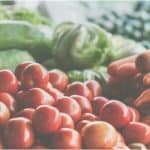 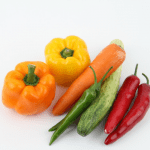