Home » Blog » What are loquats?

Plenty of folks have asked me what are loquats, and it’s a fair question really. We have two loquat trees in our yard and I didn’t know what they were. Just as there are easy vegetables to plant in a garden, there are easy fruit trees to grow in the backyard. Loquat trees are one of the easy ones!

Pin this for later!

All you need to know about what a loquat is, where they came from and how to use them.

They produce fruit that varies from downy yellow to orange in color. It turns out there is so much to know about them!

History of loquats and what they are

Originating in China, these sturdy trees able to reach heights of 10 to 30 feet tall and often used ornamentally in landscaping. The fruits are sometimes referred to as the Japanese or Chinese Plum and ripen in the Spring here in Florida.

With 800 cultivars existing in Asia, loquat trees are now found all over the world. According to Wikipedia, Japan is the leading producer of loquats followed by Israel and then Brazil. In Europe, Spain is the main producer.

Loquat syrup is used in Chinese medicine for soothing the throat and is also a popular ingredient for cough drops. You might also find it in honey at the health food store.

The leaves are said to soothe the digestive and respiratory systems. I’ve also read that, if eaten in large enough quantities, loquats can act as a sedative!

Loquat trees kind of look like magnolia trees, but with fuzzier leaves. They’re tall wide evergreen trees with beautiful lushes leaves and tiny white blooming flowers. The flowers turn to fuzzy fruits with anywhere from 1 to 5 small, round brown seeds on the inside.

See the pictures below…YUM. The inner leaves turn brighter green colors when the trees start to bloom and are surrounded by darker green leaves.

It turns out that, in my neck of the woods, everyone seems to have one. The sad part about it is that most people are unaware that you can eat the fruit.

In fact, I recently saw a local church with 10 trees and called to see if they’d let me pick some loquats and they said yes! Needless to say, I’ll be processing small yellow fruits for the next month.

If you pick them early, right after they turn yellow, a loquat taste is more tart than sweet. My husband prefers them more tart, unlike me.

Leave them on the tree a bit longer and pick them once they’re a nice rich yellow and you’ve achieved a sweet, juicy fruit! Some people say they taste like apricots or peaches. I think they taste somewhat like grapes!

How to eat loquats

You can make many things with loquats. Including jams, pies, upside cakes, and apparently wine and brandy, this is a versatile fruit.

So if you’re wondering how to eat loquat fruit, whip up a delicious fruit salad or pluck them right off the tree and enjoy!

The small, sweet fruits are packed with Vitamin A, dietary fiber, manganese, and potassium. They’re also a good source for pectin, which is good for a number of reasons.

Loquats are best grown in Zones 8 and above if your goal is to grow them for edible fruit due to the warmer climates in these zones. Once early spring hits and the loquats are blooming, the warmer weather is right around the corner here in Florida.

In cooler climates, loquats rarely ripen to an edible state, unfortunately. Luckily, you can still grow them as ornamental trees since they’re so tough!

Resistant to most diseases and insects, they require little maintenance, depending on your end goal.

We pruned them three years ago and haven’t pruned them since. Our goal is to grow more outward instead of upward to be able to easily harvest fruit.

My trees are watered the least out of all my trees and they are doing wonderfully! Actually, after processing my harvest from the church’s trees, I’ll be picking fruit from our own trees this week. They’re truly a great, hardy, backyard tree.

So, what are loquats?

A simple, versatile fruit that can be easily grown in your own back yard. If you’ve never grown loquats, I’d say it’s worth a try. I’ve baked with them, made smoothies, and eaten them raw with the most pleasure.

Had you ever heard of loquats before now? I’d love to hear about your experience in the comments! 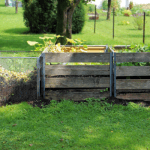 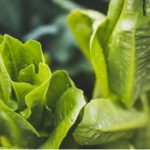 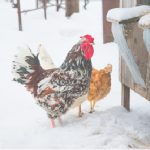 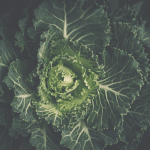